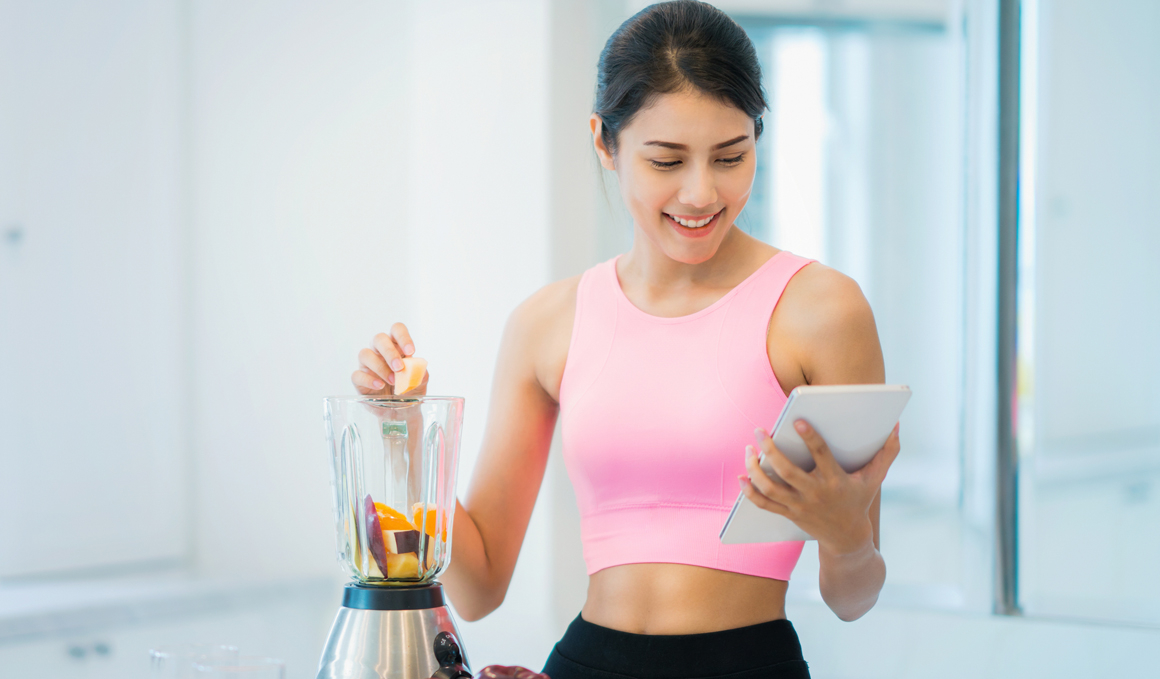 Adaptogens are natural substances that come from plants and herbs used in traditional medicine that contain nutrients and phyto-substances that help the body recover from physical and mental stress.

They balance, they do not stimulate or relax, they have a “modulating” effect and act as natural stress amplifiers, helping the body to naturally adapt to stress situations.

Adaptogens must come from plants and must not cause side effects or addiction.

Here you can listen to the full podcast or a separate section about my talk talking about adaptogens and answering questions from Juanma Montero and Olga Castaneda.

Adaptogens usually come from distant countries such as Korean red ginseng, Andean poppy, or Indian tulsi, but in other cases they are more closely related drugs such as thyme or licorice of Mediterranean origin.

In fact, the term adaptogens began to be used in 1947 by the Russian scientist Dr. Nikolai Lazarev, at the height of the Cold War between the United States and the USSR, when both countries competed for first place in sports, technology, military weapons, in the space race, etc. etc.

Russians have begun experimenting with ancient medicinal plants known to be powerful stimulants, such as Eleuthero ( Eleuterococus senticosus) or Siberian ginseng, the root of which was introduced into the diet of Russian astronauts for its effects slow down the onset of fatigue, increase mental performance, improve concentration and help prevent infections. It also began to be recommended for Russian athletes and has since been used around the world for stress management and recovery. 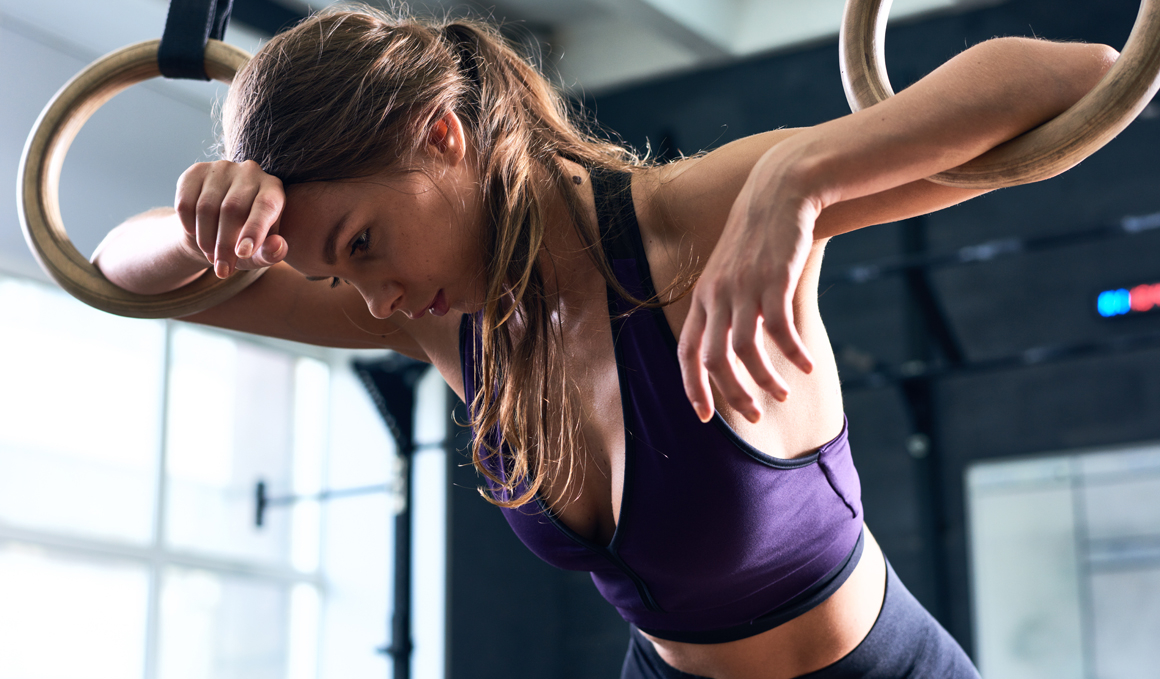 At the end of the Cold War, Russian scientists like Dr. Israel I. Brekhman emigrated to the United States and learned about his research with these plants in his books and scientific works. Brekhman patented up to 40 substances and was the founder and director of the Committee for the Study of Medicinal Plants of the Far East.

In general, the properties of adaptogens are that they energize, promote libido, strengthen immune defenses and help fight depression and anxiety.

In the world of sports supplements, where training is about pushing the body and mind to the limit in order to get improvements and prepare for competition, adaptogens began to be used quickly, on the one hand, they were “natural”, they came from plants, on the other hand, they were not they were alloying substances. It is very normal to read what professional and popular athletes add maca with yogurt to muesli, reishi in coffee, ginseng in smoothies or harpagofito.

In 1960, Dr. Brechman and his collaborators announced that a plant must meet 3 criteria to be considered adaptogenic:

Adaptogens have now been shown to work by over-regulating two control systems in the body:

More recent studies published by Dr. Panosyan and Dr. Wickman of the Swedish Institute of Herbal Medicine in 2010 showed that adaptogens work at the cellular level, preventing mitochondrial imbalances caused by the continuation of cortisol or chronic stress hormone (DOI: 10.3390 / ph3010188). This mitochondrial dysfunction has been linked to diseases such as chronic fatigue syndrome and fibromyalgia.

The 12 Most Recommended Adaptogens for Athletes 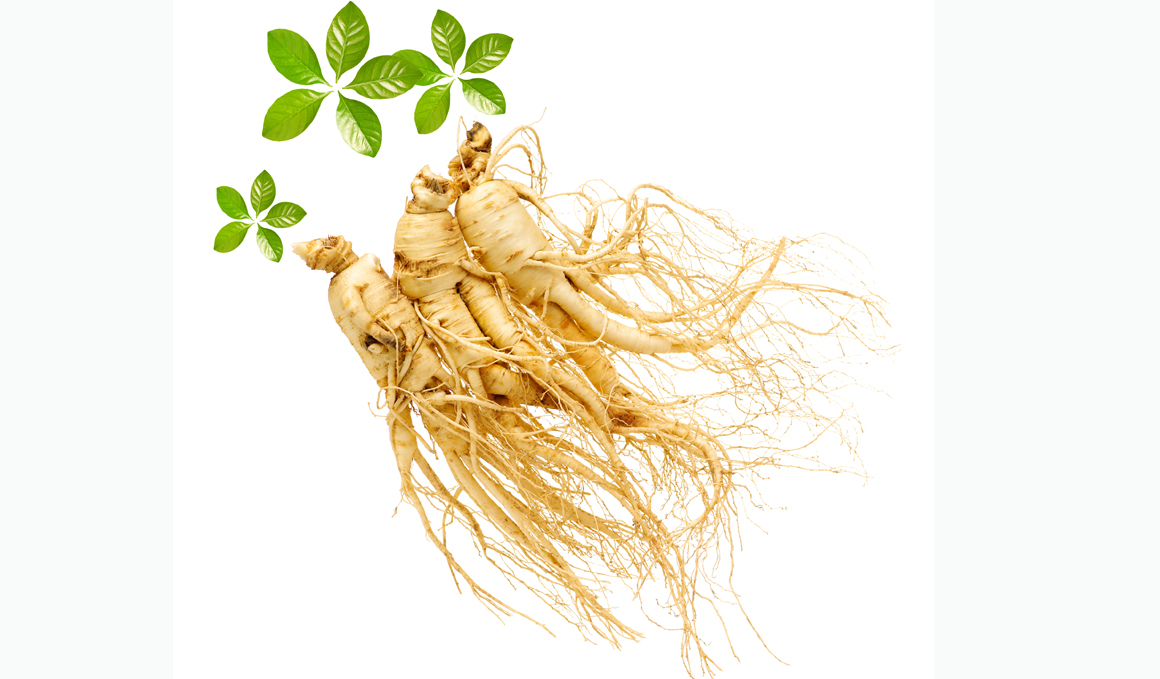 Asian gingeng, an adaptogen for athletes

Known as Asian or Korean ginseng, or red ginseng, it is perhaps the most popular adaptogen for stress cases, and therefore must also be the most adulterated, check the ingredient list carefully to ensure the product contains Panax ginseng and the amount. which you carry. It energizes and helps reduce tiredness and fatigue. Helps regulate blood glucose levels. It has anti-inflammatory properties and is rich in antioxidants. Used to enhance male fertility. It may be too stimulating for sensitive people. 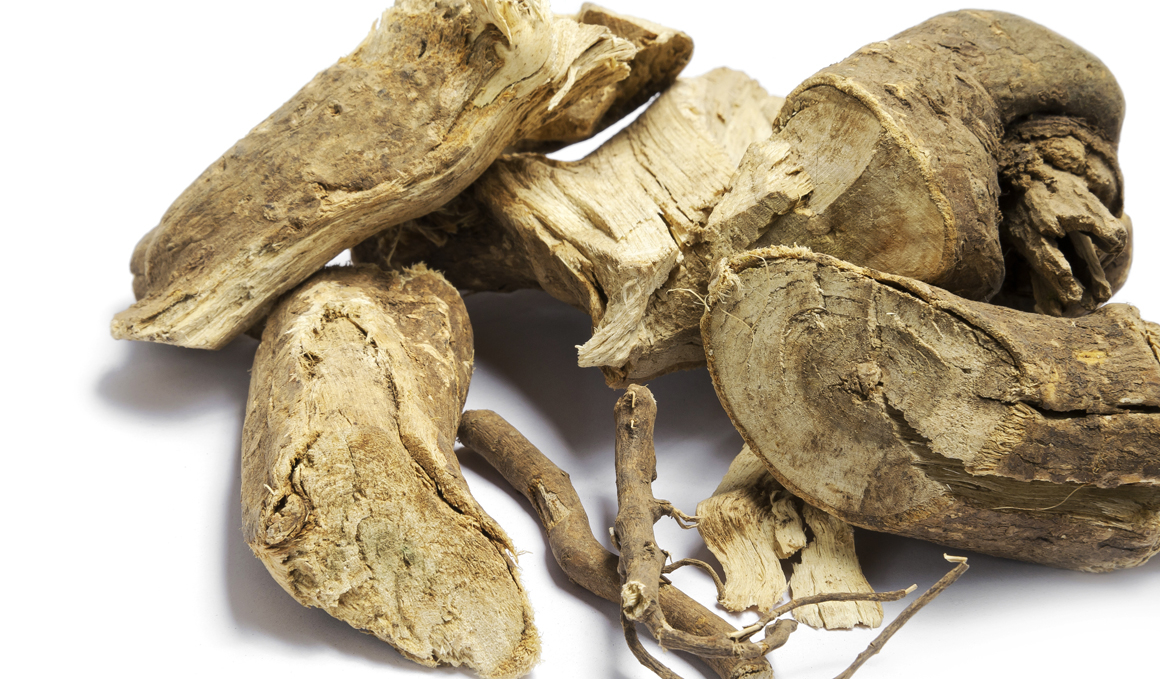 Eleutherococcus, an adaptogen for athletes

Russian or astronaut ginseng root acts as a powerful natural stimulant that prevents physical exhaustion and increases endurance in athletes. This delays the onset of fatigue, especially under conditions of maximum stress, therefore, it was in the diet of the astronauts of the former USSR. Improves mental performance, concentration and memory, and helps prevent infection. 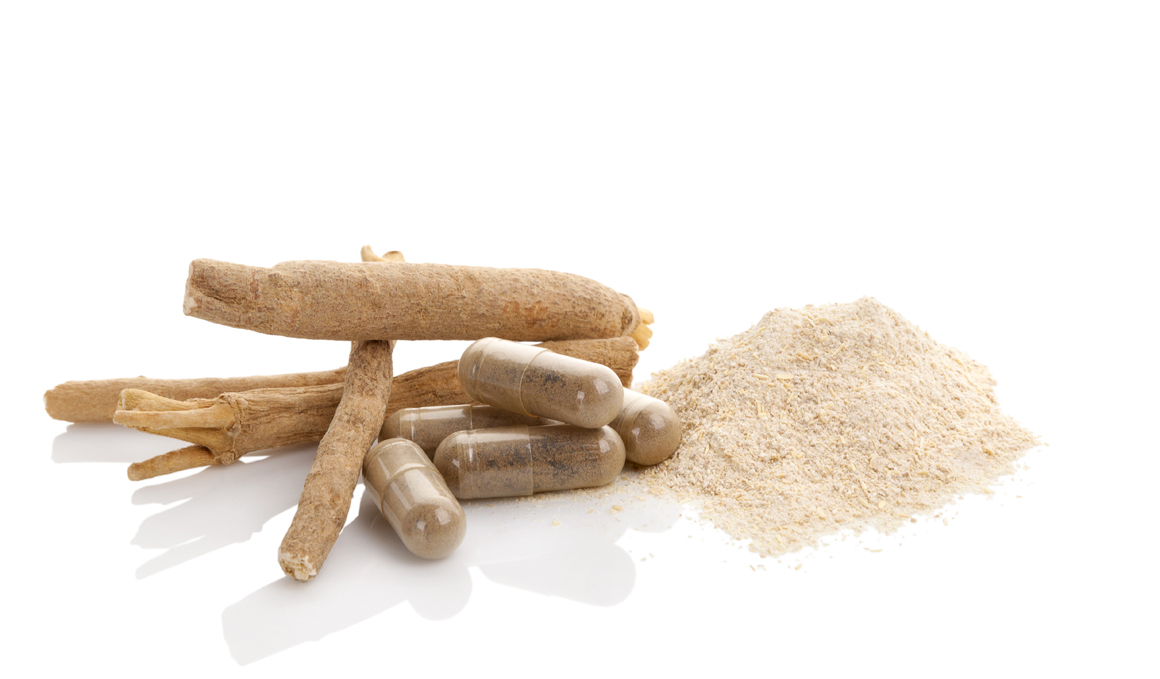 Ashwagandha, an adaptogen for athletes

Known as Indian ginseng, it is an Ayurvedic balancing remedy for cases of physical weakness and mental exhaustion, as well as “hyperactive” people. It is a natural relaxant that helps you fall asleep and is now popular as an ingredient in Moon Milk or Moon Milk to drink before bed. Relieves stress and anxiety and boosts immunity. 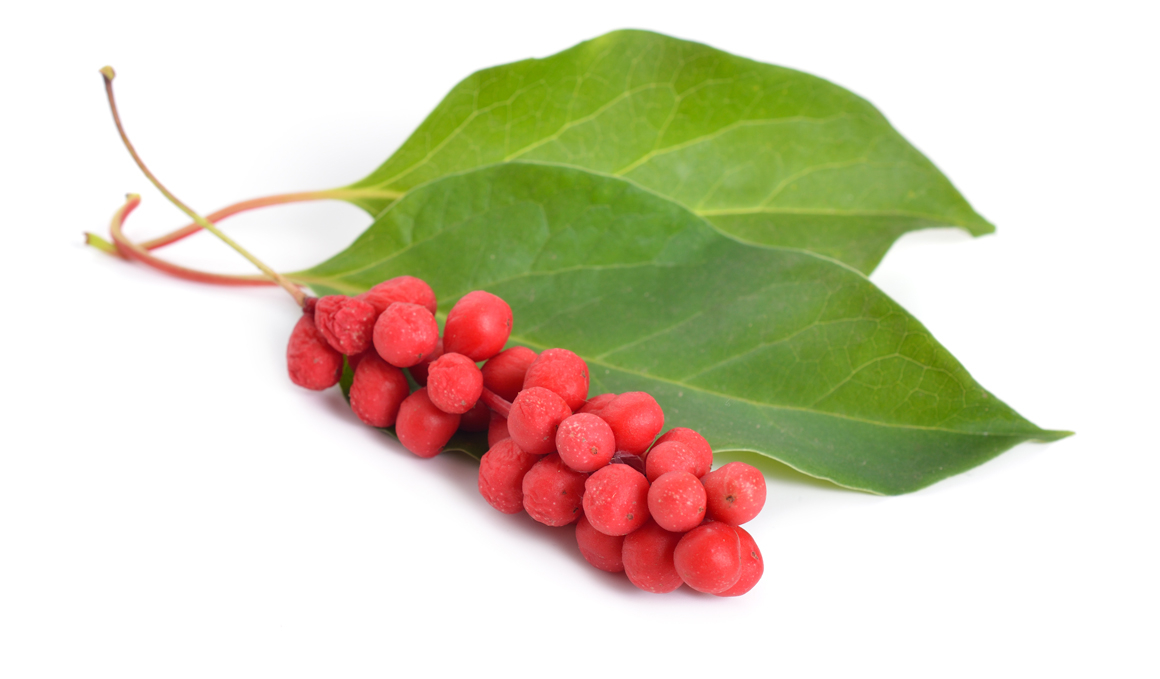 Schizandra, an adaptogen for athletes

This is a fruit or red grape berry. In Chinese medicine, it is known as Wu Wei Zi, which means the fruit of 5 flavors: sour, spicy, bitter, sweet and salty. It relaxes, reduces anxiety, helps with insomnia. It is hepatoprotective and lowers cortisol levels during chronic stress. It has anti-inflammatory properties and is considered a male sexual pathogen in China. 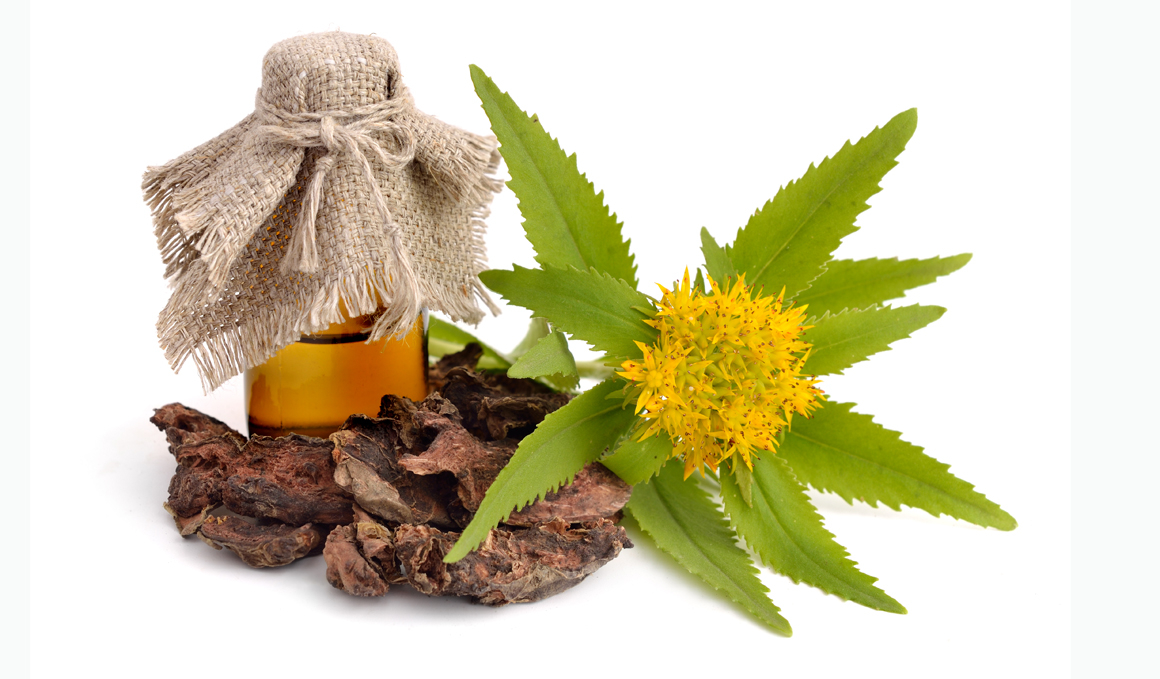 Rhodiola, an adaptogen for athletes

Known as the golden arctic root because it grows in cold and hostile places, it also grows in European mountains. It’s relaxing. Helps fight depression, reduces anxiety. Increases physical and mental resistance and decreases cortisol levels. It helps restore creatine and ATP during exercise, which is why Russian cosmonauts and athletes have taken it. 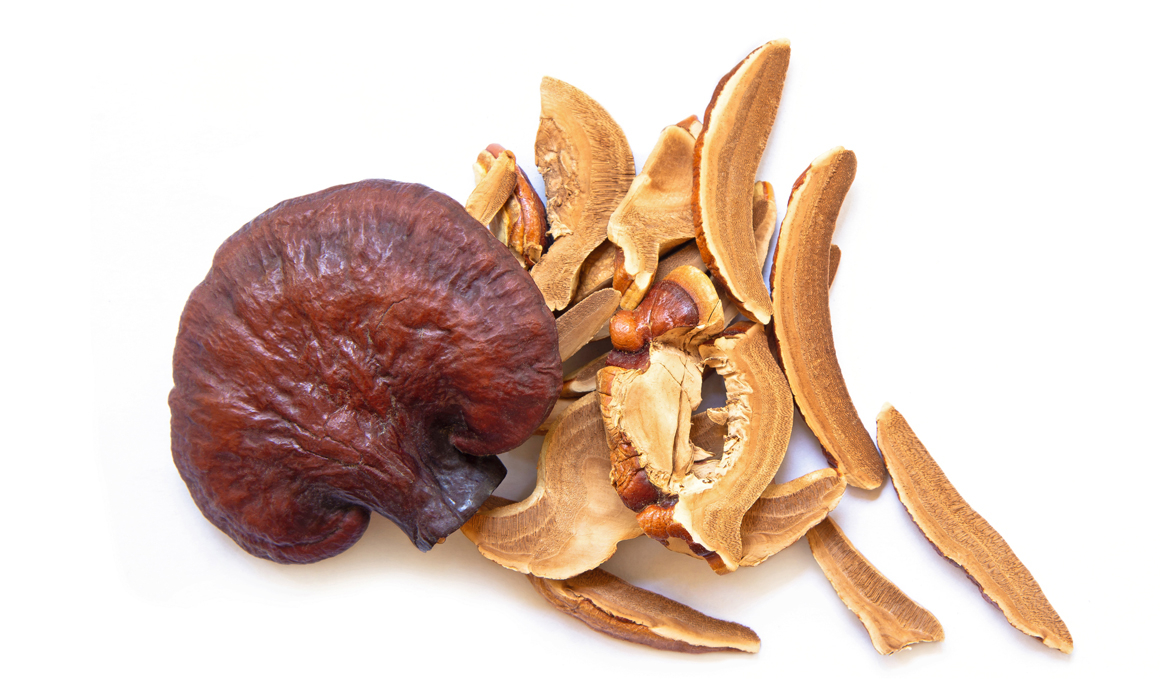 Reishi, an adaptogen for athletes

This is a mushroom with a Japanese name. It is used as an immunomodulator and to improve immune defense. Help in cases of allergies. It is a liver protector. Anti-inflammatory and antioxidant.

Astragalus, an adaptogen for athletes

Known as Huang Zhi in Chinese herbal medicine, the root has antiseptic, antibacterial and antiviral effects. Helps regulate blood sugar levels. Fight fatigue. It has an immunomodulatory effect. It is a vasodilator and helps to lower high blood pressure. 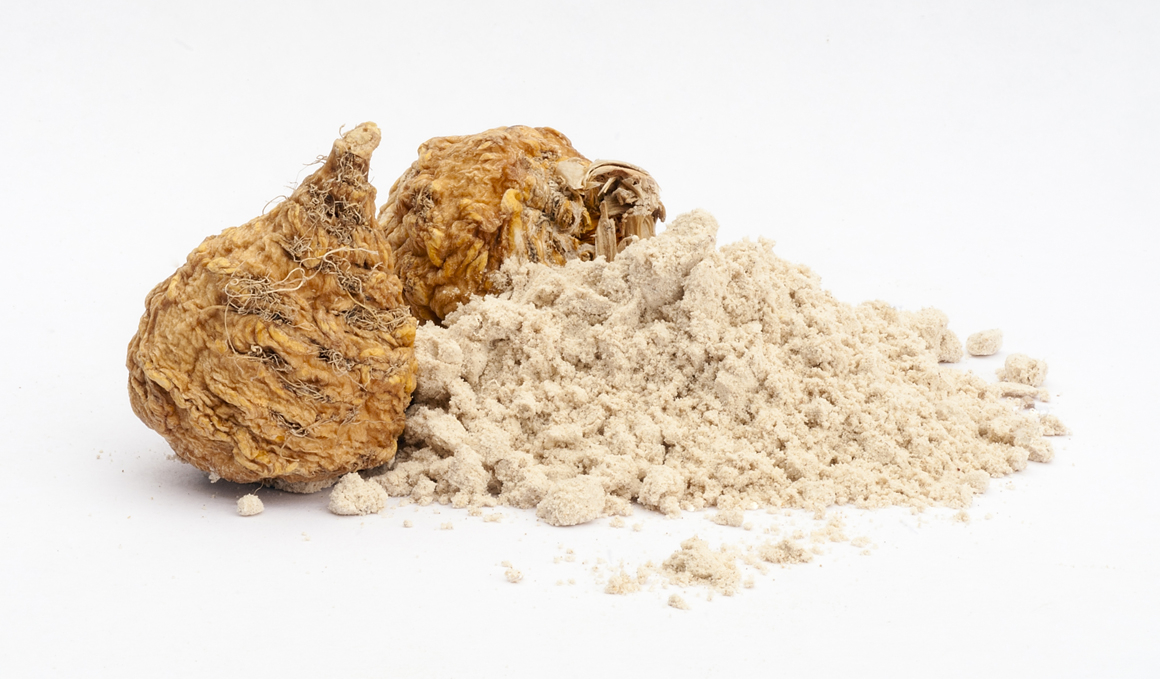 Maca, an adaptogen for athletes

From the Andean mountain range comes Peruvian ginseng, known as vegetable viagra. It is a potato tuber, very rich in nutrients and phyto-substances. It energizes, but doesn’t care. It helps fight fatigue and fatigue, increases fertility, and is being studied to help erectile dysfunction and relieve symptoms of menopause.

Cordyceps, an adaptogen for athletes

The Tibetan and Nepalese parasitic fungus is a larval parasite that is used to protect the respiratory system and against fatigue. It is anti-inflammatory, increases defense, and can act as a sex hormone and fertility regulator.

Tulsi, an adaptogen for athletes

Holy Basil comes from Indian Ayurvedic medicine. It is a traditional tonic in India for uplifting and fighting sadness and apathy. It helps to reduce physical and mental stress, anxiety and depression due to excessive stimulus or work. It is antiseptic and relieves symptoms of flu and colds. Regulates blood glucose levels. Has anti-inflammatory effect.

Chaga, an adaptogen for athletes

This is a mushroom that grows on birch bark in the cold climates of the Northern Hemisphere. Contains antioxidants that strengthen the immune system and reduce inflammation. Lowers blood glucose and increases insulin resistance.

Licorice root, an adaptogen for athletes

The root of this plant, known as sweet, is used. From its Egyptian origin, it was used to make digestive teas. It acts as a gastrointestinal pain reliever and anti-inflammatory, and it helps relieve the burning and pain of stomach ulcers. Research is underway to eliminate H. pylori infection and discomfort. It helps treat respiratory problems such as coughing because it promotes fluidization. Stimulates overstimulation of the adrenal glands in cases of chronic stress. Be careful taking too much of it because it can lower your blood potassium levels and cause hypokalemia, arrhythmias and hypertension.

How to use adaptogens?

Adaptogenic plants are used in several ways. Previously, they were taken in the form of maceration, infusions, or powder to be added to tonic drinks. They are now used as ingredients in smoothies, fruit juices, creams or soups, and even energy bars either with a powdered plant or with a root or part of a fresh plant.
Schedule them with your training.

Adaptogens usually do not have an immediate effect, their effects begin to be seen after a week or more of daily use. Therefore, it is important that if you are preparing for a sporting event, exam, or stressful closure at work, you start taking them at least one month before your expected peak performance date. For example, if you are going to be doing Ironman in June and will be training it in the previous 4 months from March, start taking the adaptogen in February so you have enough time to notice the effects.

Get organized on time in 6-1-6 cycles

Adaptogens take effect after a while, they are not drugs and do not have stimulating or sedative substances. Therefore, it is important that you program the season well to take adaptogens 3-6 months before a test or sporting event. You should also schedule breaks of 1 week or 1 month without taking them. This is a way to “reboot” the body so that when taken again, it induces the regulating effects of stress.
Try to insert 1 week of rest between 6 week cycles, taking the adaptogenic plant of choice every day. At the end of the break, you can start again with the same adaptogen dose, try a different one, or combine two or three adaptogenic plants as the test date approaches.

This way, you don’t need to increase your dose because adaptogens have an adequate dose for every person and don’t work better by taking more.

Some adaptogens can be toxic in high doses or contraindicated in people with certain medical conditions, so you should consult your natural medicine practitioner or your doctor if you are continuing special medical treatment before taking them.